The hotel was small but nice. It was located a few blocks off the main Railway station, a place which they approached using the well-functioning and precisely scheduled train system known as the S-Bahn.

They arrived after a short walk, entering the lobby through a narrow door with a sign telling them that Zimmers were still Frei. The check-in was carried out as in older times, requiring the dear guests to fill in a hand-written document with their names and home addresses, combined with an equally out-of-time documentation of their passport numbers.

They did as told, filling in their signatures in the designated boxes, and when the yellowish papers were safely stored behind the counter their keys were handed out. It was slightly before five o’clock when Oliver and Elizabeth walked the two flights of stairs, leading them to their floor. They turned right, as instructed, and after some minutes of searching they found their room, at the end of a somewhat dark, and not very clean, corridor. 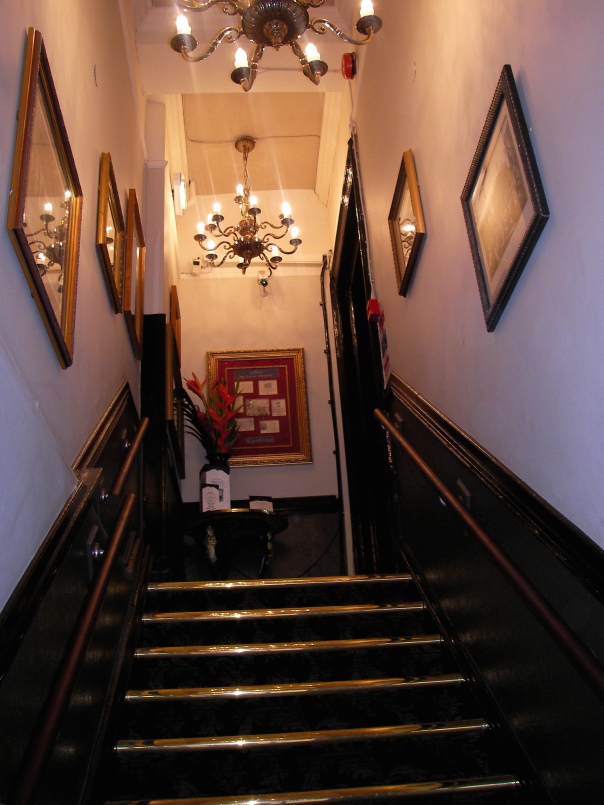 Oliver did his customary routine. Always check the television. This is the first thing to do when you enter a new hotel room. What channels are there? Are there any English-speaking channels? No, in this case. Are there any movie channels? Yes. Are all movies dubbed? Also Yes. Oliver found this fascinating, this culture of dubbing films. He wondered why country after country still chose to use it, and he found it even more fascinating that it was used for almost all foreign movies. They simply replaced the original voices by the voices of some, perhaps famous in their own way, native speakers, and subtitles were completely out of the question.

He managed to find a channel with news, spoken in a clear and not too fast German. Having covered the main national events of the day, the news channel did some reporting also from other countries. It was a bit surprising, but the reporting he now witnessed came from his own country. The news reporter mentioned the new party, and the results it had achieved in the polls up till now. Thinking of new parties, with new agendas promising bright new futures, and being where he was at this very moment, gave Oliver a certain sense of awareness. He had heard it from Elizabeth’s father, but also from his parents and teachers, and he had been told that “It happened there, and it can happen also here.”

They had decided to spend the next day, the first full day in their scheduled week, by visiting some museums. This plan was now to be reconsidered. Their daughter was not well, and it was not clear if she would join them or not.

“We should go and see her,” Oliver said. “Let’s buy some German pastry, and perhaps some wine. I saw a Konditorei just outside.”

His proposal was met, not with enthusiasm, but it was nevertheless accepted. They bought a large piece of Sacher cake, and together with a bottle of mineral water and a small bottle of red wine, they entered a taxi.

“Lehrerstrasse Ein-und-Dreissig,” Oliver said, and smiled towards the taxi driver.

“All right,” the taxi driver said, and pulled out from the curb. He took them to their destination, and after having explained to Oliver, in well-rehearsed English, that he did not accept credit cards, he received his amount, and a tip, all in recently acquired and unfolded Euro bills.